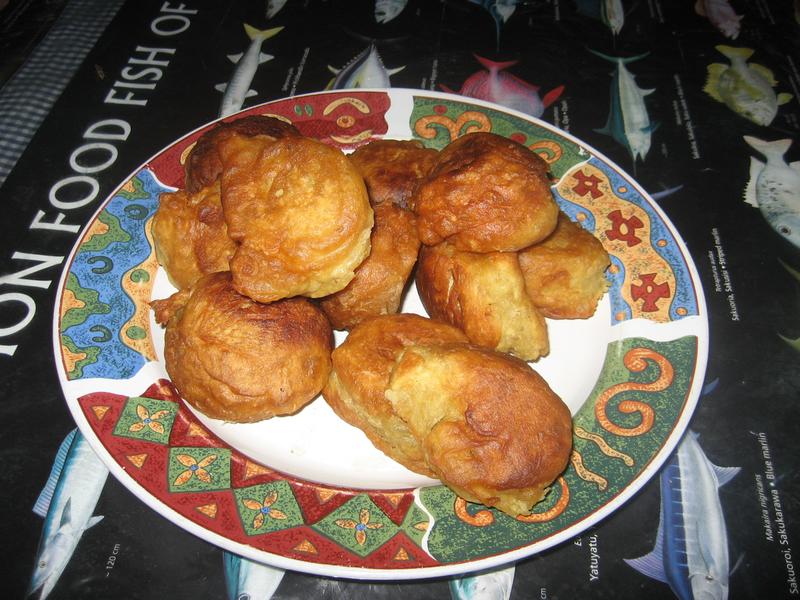 Traditional Fijian food is a wonderful amalgam of fresh, local ingredients found in the tropics and the traditional preparations and cooking methods passed down the generations. Coconut, fish, rice, taro, sweet potatoes, cassava and breadfruit are the main components in local Fijian dishes.

Lovo is a Fijian delicacy prepared for communal events such as weddings and festivals. A makeshift underground oven is fashioned by digging a hole into the ground and lining it with coconut husks, which are then lit on fire and covered by stones. Meats, fish and vegetables wrapped in banana leaves are then placed on top of the heated stones and cooked for about two and a half hours. Most large resorts in Fiji have a lovo night once a week.

Another national delicacy is kokodo, raw mahi-mahi (a type of fish) marinated in coconut cream, lime, onions and tomatoes. Coconut cream is an important ingredient in two other Fijian delicacies: Rourou, a dish made of taro leaves, and tavioka, a baked dish made of tapioca and mashed bananas. Duruka, an unusual asparagus-like vegetable that is seasonal during the months of April and May, is also a popular traditional Fijian dish. The national drink of Fiji is kava, which was traditionally prepared by virgins, who chewed the root of the pepper plant before mixing it with water, but is now made in a more hygienic fashion: by pounding the root in a wooden bowl.

Topoi
(0 ) (Fijian)
Topoi is a Fijian dumpling made with grated cassava and coconut, coconut milk or cream, and sugar. The sweet cassava … 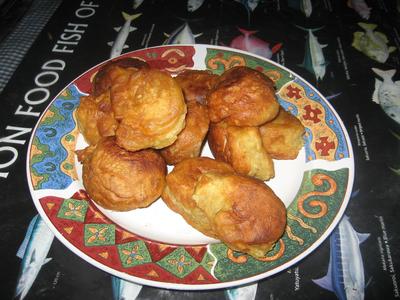 Vakalolo
(0 ) (Fijian)
Vakalolo is a steamed Fijian dessert consisting of grated cassava and coconut, sugar, and optional spices such as cinnamon and … 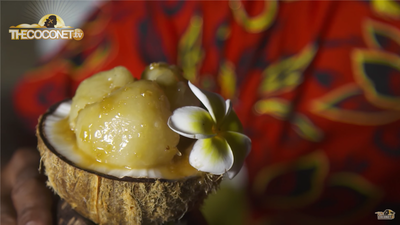 Tavioka
(0 ) (Fijian)
Tavioka is a Fijian dish made by boiling, baking, or grating cassava, then cooking it in coconut cream with the … 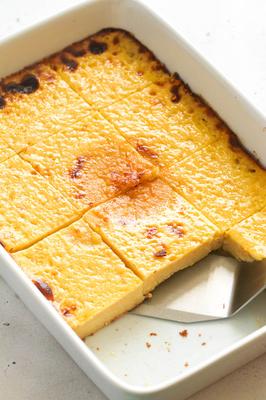 Rourou
(0 ) (Fijian)
Rourou is a Fijian dish made with taro leaves which are cooked or stewed in coconut milk. The simple rourou … 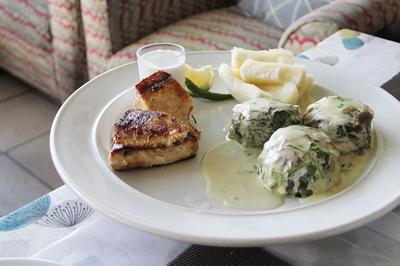 Fish Lolo
(0 ) (Fijian)
Fish Lolo is a Fijian dish prepared by simmering meaty white fish such as catfish, cod, or mahi-mahi in lolo …

Liemposilog
(0 ) Liempsilog (Fijian)
Liemposilog is a type of Silog, a traditional Filipino breakfast dish made of "Sinangag" (friend rice), "Itlog" (fried egg), and … 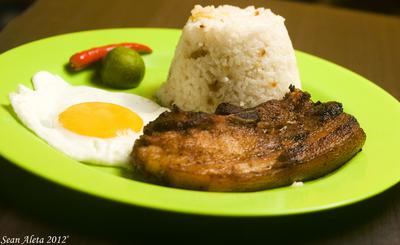 Kokoda
(0 ) (Fijian)
Kokoda is a National dish of Fiji and also a Fiji's version of ceviche, enriched with coconut milk to balance … 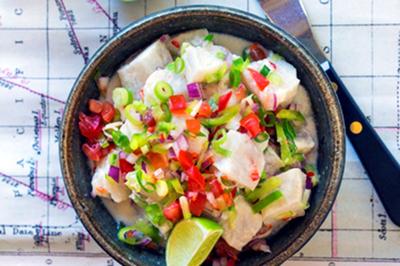