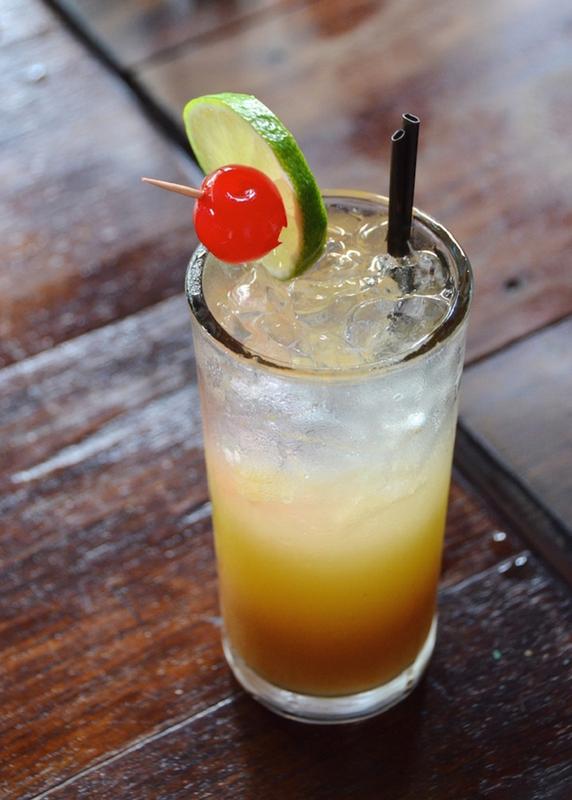 It includes a mixture of indigenous cuisine, Spanish cuisine and Creole cuisine. Despite the blending and incorporation of pre-Columbian and Spanish-influenced cuisine, traditional cuisine differs on the Pacific coast from the Caribbean coast. While the Pacific coast's main staple revolves around local fruits and corn, the Caribbean coast's cuisine makes use of seafood and coconut. As in many other Latin American countries, corn is a staple. It is used in many of the widely consumed dishes, such as nacatamal, and indio viejo. Corn is not only used in food; it is also an ingredient for drinks such as pinolillo and chicha as well as in sweets and desserts. Other staples are rice and beans. Rice is eaten when corn is not, and beans are consumed as a cheap protein by the majority of Nicaraguans. It is common for rice and beans to be eaten as a breakfast dish. There are many meals including these two staples; one popular dish, gallo pinto, is often served as lunch, sometimes with eggs. Nicaraguans do not limit their diet solely to corn, rice, and beans. Many Nicaraguans have small gardens of their own full of vegetables. From time to time, flowers are incorporated into their meals.

Commonly used ingredients (including fruits and vegetables) are jocote, grosella, mimbro, mango, papaya, tamarind, pipian, apples, avocado, yuca, and quequisque. Herbs such as culantro, oregano and achiote are also part of the cuisine.

Macuá
(0 ) (Nicaraguan)
Macua is a cocktail made with white rum and fruit juices, usually lemon and guava juice. The Macuá is noted … 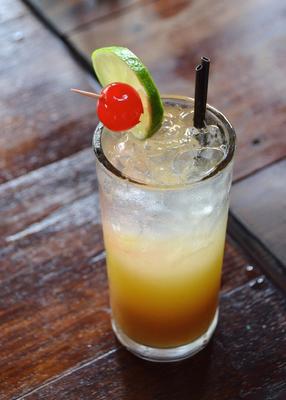 Rondón
(0 ) (Colombian) (Nicaraguan) (Panamanian)
Rondón is an Afro-Caribbean dish eaten in several Latin American countries that share a coast with the Caribbean Sea. It … 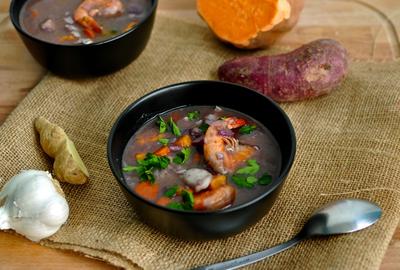 Vigoron
(0 ) Vigorón (Nicaraguan)
Vigoron is a traditional Nicaraguan dish. It consists of a cabbage salad known as curtido (chopped cabbage, tomatoes, onions, and … 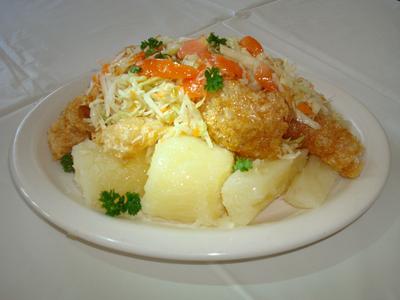 Guirila
(0 ) Güirila (Nicaraguan)
Guirila is a tortilla made from young white corn. They are thick, sweet, filling, and usually eaten with crumbled white … 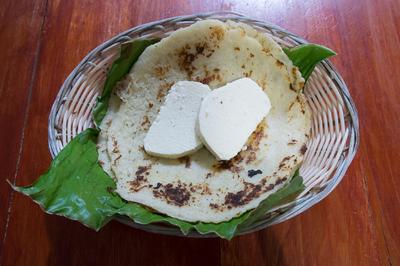 Vaho
(0 ) (Nicaraguan)
Vaho is a mix of meat, green plantains and yuca cooked in banana leaves. Vaho is a traditional Nicaraguan dish … 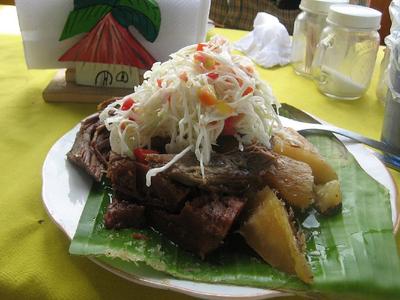 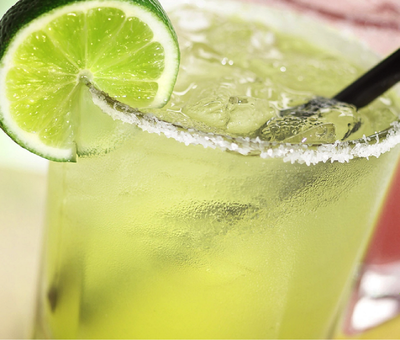 Pio Quinto
(0 ) (Nicaraguan)
Pio Quinto is a Nicaraguan dessert consisting of cake drenched in rum, topped with a custard, and dusted with cinnamon. 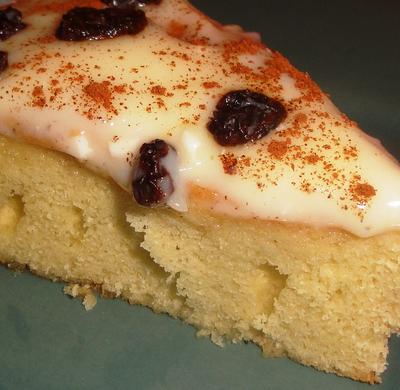