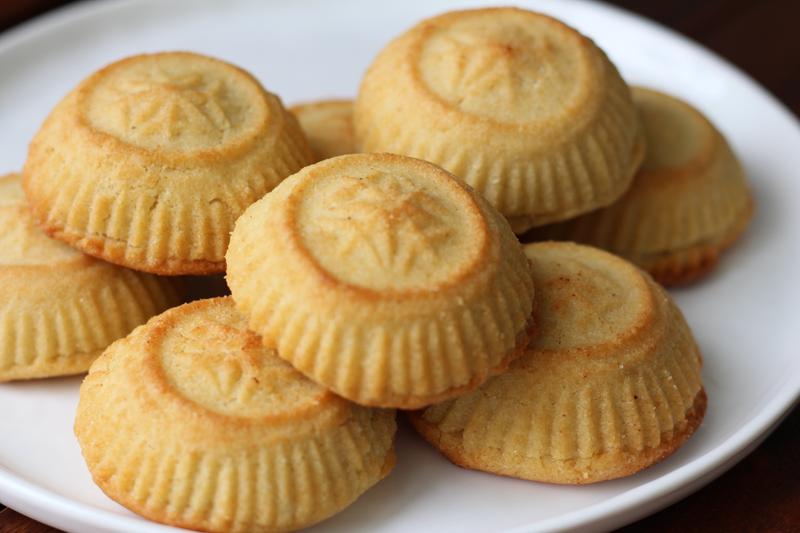 As one of the largest producers of olives in the world, olive oil is the main cooking oil in Jordan. Herbs, garlic, onion, tomato sauce and lemon are typical flavours found in Jordan. The blend of spices called za'atar contains a common local herb called Sumac that grows wild in Jordan and ia closely identified with Jordanian and other Mideastern cuisines. Yogurt is commonly served alongside food and is a common ingredient itself, in particular, jameed, a form of dried yogurt is unique to Jordanian cuisine and a main ingredient in Mansaf the national dish of Jordan, and a symbol in Jordanian culture for generosity.
Another famous Meat dish in Southern Jordan especially in the Bedouin Desert area of Petra and Wadi Rum is the Zarb[8] which is prepared in a submerged oven also called a "taboon". It is considered a delicacy of that area.

Internationally known foods which are common and popular everyday snacks in Jordan include hummus, which is a puree of chick peas blended with tahini, lemon, and garlic and falafel, a deep-fried ball or patty made from ground chickpeas. A typical mezze includes foods such as kibbeh, labaneh, baba ghanoush, tabbouleh, olives and pickles. Bread, rice, freekeh and bulgur all have a role in Jordanian cuisine.

Popular desserts include as baklava, knafeh, halva and qatayef a dish made specially for Ramadan, in addition to seasonal fruits such as watermelons, figs and cactus pear which are served in summer.

Balila
(0 ) (Jordanian) (Lebanese) (-Middle Eastern-)
Balila is a dish from Jordan. It consists of boiled chickpeas mixed with garlic, salt, cumin and olive oil. It … 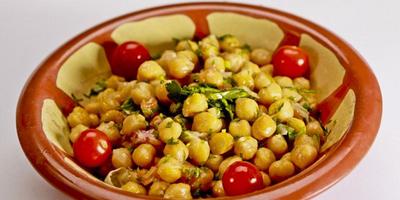 Athan Al-Shayebm
(0 ) أذان الشايب , Shish… (Jordanian)
Meaning 'the ears of the old gray-haired man'. Is a pasta or jiaozi dish that has been described as a … 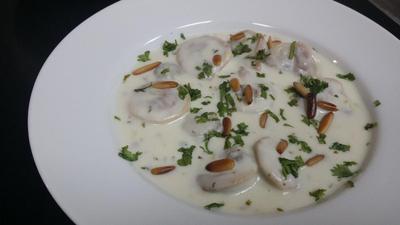 Mansaf
(0 ) (Jordanian)
Mansaf is a traditional Jordanian dish, Mansaf is a dish of rice, lamb, and a dry yoghurt made into a … 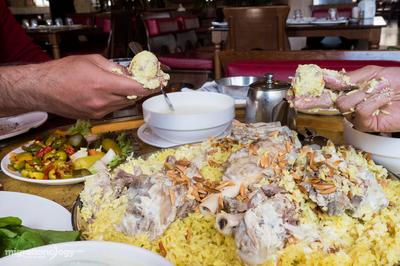 Jameed
(0 ) (Jordanian)
Jameed is a Jordanian food consisting of hard dry Laban made from ewe or goat's milk., which is then left … 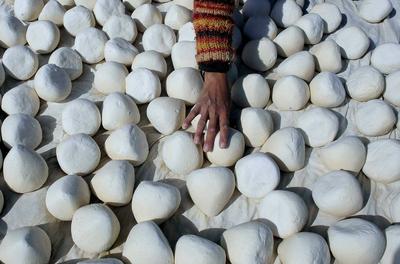 Maqluba
(0 ) Makloubeh, Layered … (Iraqi) (Jordanian) (-Levantine-)
Maqluba or Maqlooba is a traditional Syrian, Iraqi, Palestinian, and Jordanian dish served throughout the Levant. It consists of meat, … 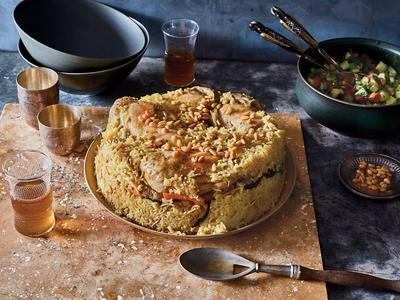 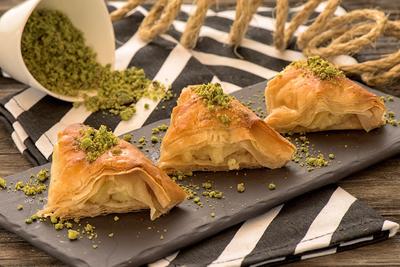 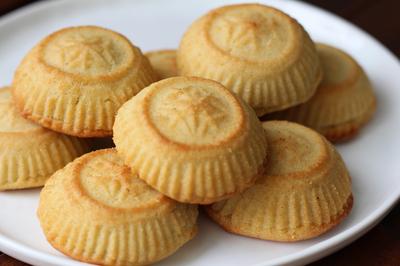