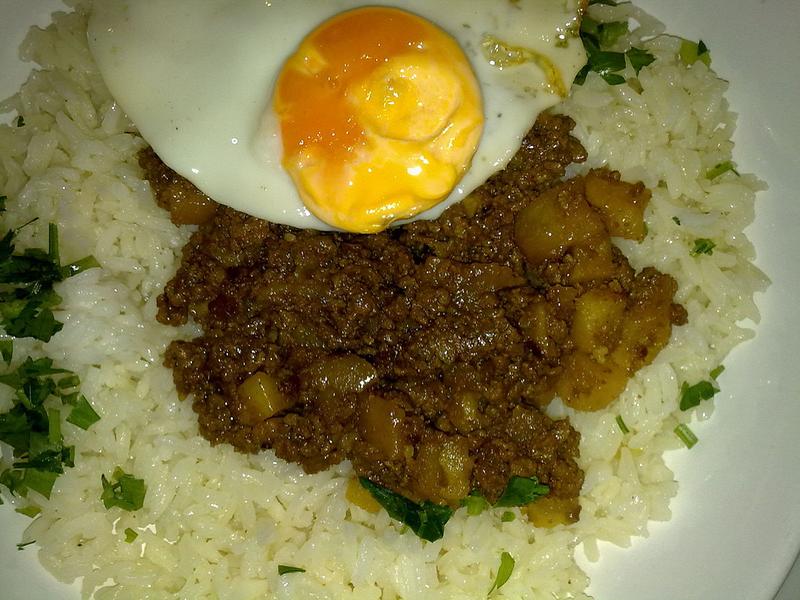 Macanese cuisine is unique to Macau, and consists of a blend of southern Chinese and Portuguese cuisines, with significant influences from Southeast Asia and the Lusophone world. Many unique dishes resulted from the spice blends that the wives of Portuguese sailors used in an attempt to replicate European dishes. Its ingredients and seasonings include those from Europe, Latin America, Africa, India, and Southeast Asia, as well as local Chinese ingredients.

Common cooking techniques include baking, grilling and roasting. The former, seldom seen in other styles of Chinese cooking, speaks to the eclectic nature of Macanese cooking. Macau is renowned for its flavour-blending culture, and modern Macanese cuisine may be considered a type of fusion cuisine.

Minchee
(0 ) Minchi (Chinese) (Macanese)
Minchee is a Macanese dish based on minced or ground meat. It is made with beef or pork and flavoured … 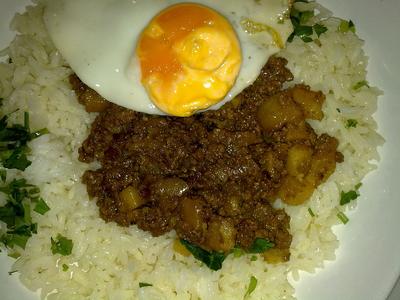